BIMM Institute London: The value of investing in the education system 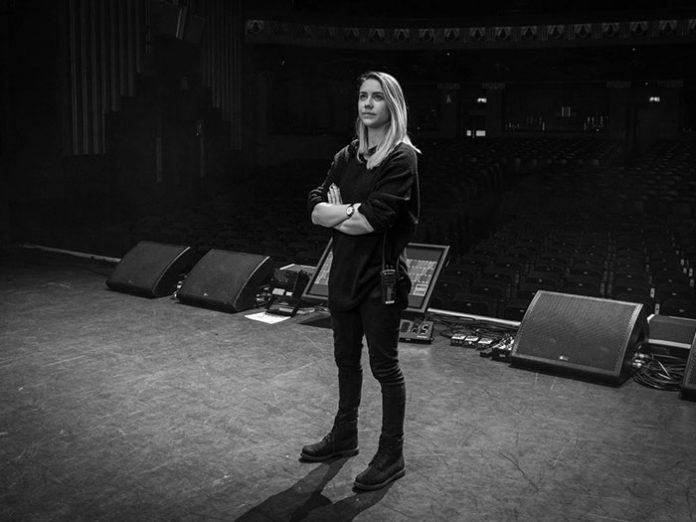 BIMM Institute London lecturer, Alice James and graduate, Grace Brennan disclose the value of investing in the education system, the gender split of classrooms and highlight the challenges events management graduates face in 2022.

Aside from her daily duties as Head of Production for AEG Presents, Alice James lectures in Event Management at BIMM Institute London, teaching students a range of touring and live events focussed modules such as event sustainability, crowd psychology and management, event logistics and operations, and event concept and design, among other subjects.

“As a student I wanted to learn from someone actively working in the industry, as opposed to those who worked in the industry a decade ago,” James began, citing her decision to reinvest in the education sector.

“What BIMM does is refreshing. The majority of module leaders teaching specific topics all work in the industry, and we teach part time, while juggling our day-to-day jobs,” she said, explaining that this affords lecturers and guest speakers to provide students with hands-on experience at festival sites and impart their classroom knowledge in the field. “A lot of the lectures at are theoretical because it has to be taught in the classroom, however, we try to create opportunities for students to get hands-on – doing site visits, work experience, masterclasses from production managers, tour managers, stage managers, etc. to deliver an insight into the modern, touring environment,” James commented.

“The amazing thing about BIMM is the endless amount of opportunities afforded to you, from door work at gigs tutors were putting on to working for festivals,” Grace Brennan, a recent BIMM Institute London Event Management graduate commented. “Networking is important in this industry, so having lecturers, tutors and a wide range of visiting industry insiders has helped with my career progression massively.”

Brennan is one of many female graduates from the BIMM Institute London Event Management course. “The gender split really is quite astonishing,” noted James. “Every event management class I teach is about 60/70% female, sometimes even more. We are starting to see a trend of more people coming through that is predominantly female. Whether those people go into production, we don’t know, but it is encouraging to have a larger pool of trained graduates skilled enough to join the live music production and events industry.”

Brennan added: “It’s interesting because now I’m working in the industry, I’m often sought after by companies to achieve a gender balance quota. However, when I started studying at BIMM Institute London it was predominantly male in most areas of the live events and production industry, which was initially nerve-racking – now it’s working in my favour which is rather bizarre.”

Despite the expansion of live music and events courses in recent years, James and Brennan cite economic barriers, a lack of paid work and non-traditional career pathways as the biggest challenges students and graduates face today. “I always encourage students to get work experience while they’re studying, so by the time they leave they’ve already accumulated a wealth of experience,” James said.

“A lack of paid work experience is also a barrier for those from disadvantaged backgrounds. This exists in other sectors and while I’ve seen record labels address this issue, I’m not aware of the production sector or the companies creating an easier route.”

Having stage managed at Latitude Festival and BBC Introducing over summer, Brennan plans to return to festival fields in 2022 as well as promoting shows for a small venue in Camden, while working as an Event Administrator at EMS Events.

“The pros of BIMM have been the opportunities I have been afforded. I’ve got a qualification, spent four years learning, experienced some amazing projects and made some great memories.”

This article originally appeared in issue #267 of TPi.